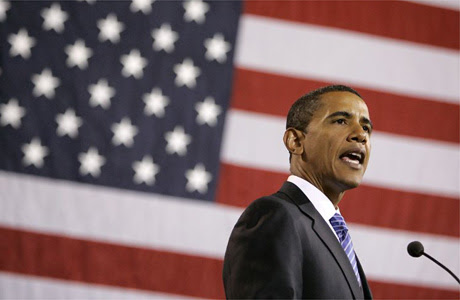 The Obama administration will differ from the Bush administration in a number of areas. National security policy is one area where there are likely to be significant difference. One important area for future relations with Russia, and therefore for the prospects for disarmament in Europe, is the US strategic missile defence system, and in particular the Obama administration’s policy on deployment at the European sites in Poland and the Czech Republic. This is a topic that has been extremely divisive in Europe amongst NATO allies, and one that has shown the Bush adnministration at its least sensitive to the Atlantic Alliance.

During the campaign, the President-Elect told ABC News that “I just want to make sure if you put up a missile defense system then it better defend against missiles. If it doesn't then that creates greater insecurity and instability not more.” This nuanced position is mirrored in his transition website’s policy statement on the issue:

National Missile Defense: An Obama-Biden administration will support missile defense, but ensure that it is developed in a way that is pragmatic and cost-effective; and, most importantly, does not divert resources from other national security priorities until we are positive the technology will protect the American public.
(http://www.change.gov/agenda/defense/)

Further, a statement in 2007 by then-candidate Obama adds to the doubts about ballistic missile defences (BMD) and notes that the Bush administration’s unilateral approach to deploying elements of strategic BMD in Europe has done much to divide NATO:

This summer, following the 5-day war between Georgia and Russia, President-Elect Obama said that Congress should review the technological capabilities of the proposed European deployments, but divorced this from American mutual defence obligations in NATO, saying “..I have said that congress should review it [BMD]. But there is no doubt that after the Russian invasion of Georgia that NATO allies… like Poland need to know that they are going to be protected if there in encroachment on their territory.” Dividing these two issues is vital. The fears engendered in Eastern Europe by the Russian destruction of Georgia’s military led to Poland agreeing quickly to the Bush BMD deployment request after months of hesitation about its security benefits. Reassuring Poland and the Czech Republic about the solidity of NATO allows for a more rational discussion about missile defence.

Recent confusion on the part of Polish President Lech Kaczynski shows how sensitive this issue is. Kaczynski and Obama had a conversation on November 8, 2008, and Kaczynski later claimed that Obama had said the BMD deployment would go ahead without delay. The Obama transition team responded that his position had not changed, reiterating past statements.

Democrats have had to be extremely careful on missile defences this year, to avoid handing the Republicans an excuse to claim in the lection that Obama is ‘soft on defence’. They have crafted a position publicly supportive of missile defences, but which will prevent any deployments in the near future. The Obama campaign was consulted by Congressional leaders as this legislation was developed. The relevant legislation, the Defense Authorization Bill for Fiscal Year (FY) 2009, authorizes $465.8 million for the missile defense sites in Poland and the Czech Republic, a cut of $246.3 million from the administration request. It bans any use these funds for the procurement, site activation, construction, preparation of equipment for or deployment of a long-range missile defense system in Europe until the two countries have ratified the missile defense basing agreement and a status of forces agreement permitting the stationing of the missiles and the radar and associated personnel. This has not happened. The legislation also requires the Secretary of Defense to certify that the system “has demonstrated, through successful, operationally realistic flight testing, a high probability of working in an operationally effective manner and the ability to accomplish the mission.”

Most observers believe that, if the system can be proved at all, it will take years and hundreds of millions of dollars in expenditure to do the necessary tests. This at a time when the incoming administration is faced with a recession, the cost of funding two wars, and an economic bailout whose cost is rising towards $1.8 trillion. Missile defence programmes, especially unproven programmes like the European mid-course interceptors, are prime candidates for savings, and indeed on November 5 the Inside Defense newsletter reported a transition team position paper which listed missile defence programmes as ripe for cuts.

However, some of the potential candidates for Defense Secretary are supporters of the mid-course BMD system. It is possible that Defense Secretary Robert Gates, a strong missile defence proponent, may stay in post. It has also been reported that former Navy Secretary Richard Danzig, a key Obama aide, could be appointed as Deputy Secretary of Defense to Gates, or even as Defense Secretary in his own right. Danzig recently brushed aside Russian concerns about the missile defense programme saying “Serious conversation needs to be had with the Russians about what we’re trying to do, because it is not anti-Russian.” He is reported to believe that the European deployments should continue. (http://www.nti.org/d_newswire/issues/2008_10_2.html#4C6AA903).

President Obama’s inclination is likely to be to at least delay if not to cancel the European missile defence deployments. This will be a relief to most in NATO Europe, although the Czech government in particular may feel betrayed. The Czechs have bought into the Bush vision completely, seemingly without thinking of the consequences if Obama won.

Obama is aided in his retreat from the bush policy as the Congress has stymied President Bush’s plan to have the deployment well underway before the next President takes office, something which would have made cancelling the system much harder. His doubts about the technical capabilities are added to fiscal pressures to cut budgets. Moreover, Obama will be working with Democrats in Congress who oppose the deployment of mid-course missile defences in Europe.

On balance, it is likely that no action will be taken to deploy systems in the next year or two. Additional testing would take at least this long. This breathing space will allow time for negotiations with Russia on the future of strategic weapons systems in Europe. It will also see an engagement with Iran. If these negotiations are positive it is unlikely that the European BMD sites will go forward during the full term of an Obama Presidency.
Posted by Martin Butcher at 15:47 No comments:

Martin Butcher
Martin Butcher is an independent international security analyst. Martin has worked as an analyst of nuclear weapons and other weapons of mass destruction issues since 1983. He is the author and co-author of numerous publications on nuclear chemical and biological weapons, US nuclear policy, NATO strategy, NATO nuclear policy, French and British nuclear policies, the EU, nuclear weapons and nuclear disarmament. Until 2006 Martin was Director of Security Programs for Physicians for Social Responsbility in Washington DC. Previously Martin worked for BASIC, and for seven years, was Director of the Center for European Security and Disarmament (CESD) in Brussels. There he carried out research on NATO and EU security, foreign and defense policies and directed a program work on nuclear arms and disarmament; arms transfer policy; EU Common Foreign and Security Policy (CFSP), amongst other issues.